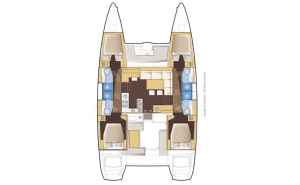 Portarosa was a great harbor to rent a boat for a trip to the islands. Check out took a long time as 1 main guy did all the boats going out that day. With that said he was really laid back and was great to deal with. The only problem we had with the boat was the house batteries were weak and with no generator we had to run the engines several hours per day. The islands were outstanding. People were great. Food was increadible. Climb the valcano.